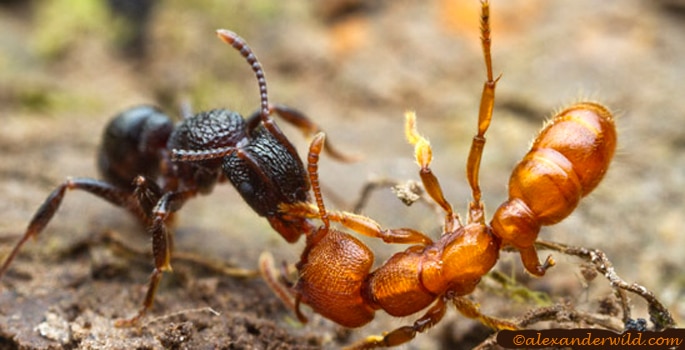 Insect populations are much greater than any of the animals. And one entomologist said that there are more insect species than there are humans on the planet. Most of these insect species have yet to be studied. But one of the most studied insects is the ant. These fascinating creatures constantly find their way into our daily lives. Many times, they end up as pests in our homes and businesses. Then, it’s time to take action. In this article, we’re going to explore ants, their nature and how to deal with these insects.

The lifecycle of an ant develops with a complete metamorphosis. This means that an ant begins as an egg. Once the egg hatches, a small worm or larva emerges. This larva will grow until it pupates or creates a cocoon. After the ant finishes development in the cocoon it will emerge as a full grown adult ant. In order to go through its lifecycle, these insects need a lot of support. So to do this, ants have created a eusocial living structure. This means that they live in a colony, and each individual takes part in the tasks of the colony. Ants are separated into castes. Each caste takes care of a different section of tasks.

At the top of the cast system are the reproductives. These are the insects that are tasked with creating the mass number of individuals that are required to run the colony. The queen is the most important ant in the entire colony. She will lay eggs day and night in order to keep the numbers high enough to support the colony. If anything happens to the queen, the colony is finished.

ANT LIFE IN THE CASTE SYSTEM

In addition to the queen, some of the ants will be Swarmers. These are other reproductive ants that are used in creating new colonies. Once the colony has gone to a certain level and well-established, it will produce the swarmers. The swarmers will go out into the open air and fly into large swarms of flying reproductive ants. Ants from different colonies will pair up as new kings and queens of new colonies. They will mate in the air and then land somewhere where they will begin a new colony. The wings will fall off and the male or King will work as a worker until the first eggs are born and fully developed. And then these ants will take over as workers and the king will die off.

The second level in the cast are soldiers. These ants are tasks with protecting the ant colony. They usually have very large heads and large mandibles and other defensive mechanisms in order to protect the colony. If the colony is breached, these insects come to life and go to work to protect the queen and all the other ants. Call your Tulsa pest control company for more information.

Lastly we have the worker ants. These are almost always female and sterile. They’ll number the largest population of the colony. They take care of all the menial task that go on in day-to-day colony living. They will forage for food, bring the food back to the nest, feed and take care of the young, feed the soldiers and the queens and other tasks that are required in order to survive as a colony. These ants use their sheer numbers to overtake other prey such as termites or beetles or any other insects that might make for a great meal for their young.

In Oklahoma, most of the ant species that we find our outdoor ants. The one exception that we have here in Oklahoma are the odorous house ants. These are ants that do create colonies inside the home and can be seen year-round. They are unique in the fact that they reproduce using splintering. The way this works essentially is that the queen releases a pheromone that tells all the workers in the colony to remain sterile. As long as the workers constantly come back to the same colony on a regular basis, they will remain sterile.

If the workers are separated from the county for an extended period of time, then the workers will no longer be exposed to the pheromone that keeps them sterile. One of the females will be the first to suddenly become reproductive and start producing the same pheromone. This group of workers that now have separated will become a new colony with a new queen.

Because the odorous house ant uses this splintering technique for reproducing, it’s important that you use the correct pesticide against them. If you go to your local hardware store and get an over-the-counter ant spray, this will create barrier layer of repellent spray inside your home. This could separate worker ants from their colony, creating now a second or possibly more colonies in your home. This means you’ve compound of the problem by spraying the wrong pesticide. This is why it’s so important to contact the best Tulsa exterminator that you can to deal with ant issues or any other pest control problems.

In Oklahoma we have many different outdoor ants. We actually have two different versions of the fire ant which is a biting ant that can be a very difficult pest to control. It’s important that you know which one you’re dealing with if you attempt to control these insects. Again contacting your Broken Arrow pest control company is the best method of taking care of fire ants or any other pests.

If you’re dealing with ants or any other pests, the best thing you can do is contact your Broken Arrow exterminator as soon as you can. TermMax Pest Control is the best in the business when it comes to ants, rodents, cockroaches and other pests. We service the greater Tulsa area including Coweta, Broken Arrow, Sand springs, Bixby, Jenks, Claremore, Catoosa, Prattville, Sapulpa, Owasso, Turley and much more. Call today for a free estimate. We’re here to help! 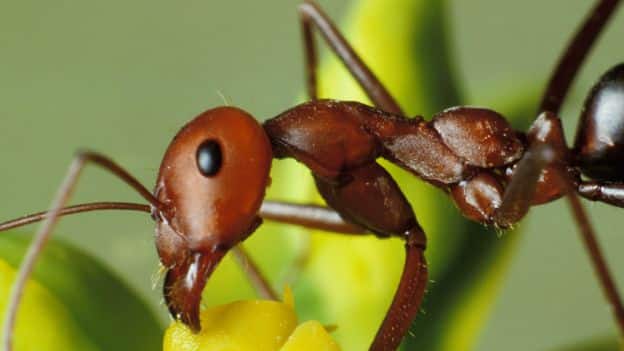