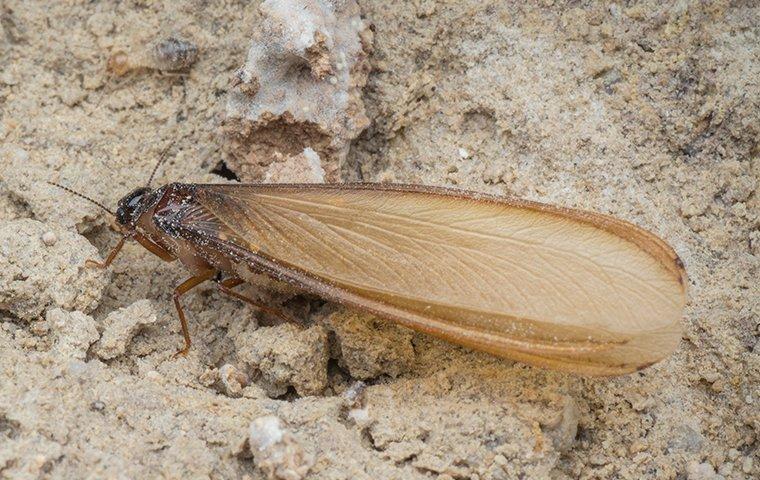 Termite season is fast approaching. What exactly is termite season? To put it plainly, it’s a season when colonies seek to reproduce themselves. It’s at this time that they can be detected in the easiest of ways. Because of this many homeowners suddenly become aware that their homes have been attacked by termites. This is a huge issue in your home because termites can do extensive damage to your largest asset, your home. We need to talk about termites, their habits and how to deal with termites if you find them in your home or business.

At the end of the spring, in the beginning of summer, termites begin to build special swarming tubes. These swarming tubes are built up the side of buildings or trees. They are one of the few mud tubes that termites build that actually are open to the air. The reason termites build mud tubes is because they are very fragile insects. They are susceptible to desiccation or drying out. Because of this, they have to stay underground in the damp air. So, in order to find food above ground, they build mud tubes that carry the damp air up to where they need to go.

Swarming tubes are the only tubes that have access to the dry, open air. Their purpose is to allow swarmers or reproductives to escape the colony. Swarmers are the only termites that have wings. They are also called alates. These alates are much hardier than your average worker termite. They need to be so that they can survive in the dryer air for a longer period of time.

Colonies must develop for many years before they’re at the point where they can release alates. These reproductives come in both male and female. They will leave the nest from these swarm tubes, and search for a swarm of reproductives. This swarm will be filled with reproductive from other colonies in the nearby area. Scientist have looked deeply into how colonies know when other colonies are going to send out swarmers, but at this point, how they synchronize with each other is unknown.

The swarmers will find themselves in a cloud of reproductives. They will pair up male and female and then mate in mid air. Once the alates have paired up and mated, then they will search for a place that looks like a good place for a new termite colony. Here they lose their wings and then burrow into the ground. Once they get underground, they will dig out a chamber known as the royal chamber. Once that is done, the female will begin to lay her eggs. She has now become the new queen of the new colony that they are creating. The male, or king, now will continue the process of building out the colony. He will search for food and tend to the new lava as they’re born. Once these larva become full grown adults, they will be workers. And once these workers come to full grown adulthood, the king will have run out of purpose and will die. From here the colony will continue to grow until it’s huge.

THE DANGERS OF TERMITES

Small colonies are populated into the thousands of individuals, but many large colonies are populated into the millions of individuals. This is why termites are so dangerous to your home. It takes a lot of wood to feed a couple million termites. It’s estimated that the average termite colony can eat about 2 feet worth of 2 x 4 every year. Now termites don’t eat in a way that they completely disintegrate a 2 x 4. But they continually weaken many different wood parts in your home. If they are on a structural portion of the building, they can do serious damage to the structural integrity of your home.

That’s why it’s so important that you have these insects taken care of as soon as you realize that you’re having a problem. When you call your Tulsa pest control company to treat the termites in your home or business, they will have one of two different solutions for you. Many companies use what’s known as a liquid treatment. This treatment is where a trench is dug around the entire perimeter of the house. That trench will be filled with pesticide, and then refilled with a pesticide treated soil. In places were concrete comes up against the building, they will drill holes underneath the foundation and inject pesticide underneath the building. This works because foraging termites usually will forage within the first 6 inches of soil. This will protect your home from a termite invasion.

The second way that they treat is by using a termite bait stations system. This is a series of plastic stations that carry termite bait and are buried in the ground all the way around your home. These are a great solution for a termite issue. They’re not so good at removing termites as much as they are very good at keeping termites from ever getting to your home. Both of these solutions come with warranties. The liquid solution usually has anywhere from one to a five year warranty. The bait station solution usually has a one year warranty that is renewable with a small fee and inspection every year. The bait stations usually can be warranted for as long as you would like to continue the service.

If you’re having issues with termites or any other insects, it’s time to call in a Broken Arrow pest control professional. TermMax Pest Control is the best in the business when it comes to dealing with termites or any other kind of pest that might be attacking your home. We service the greater Tulsa area including Owasso, Turley, Sand Springs, Sapulpa, Prattville, Jenks, Bixby, Broken Arrow, Coweta, Claremore, Catoosa and much more. Call today for a free estimate. We’re here to help! 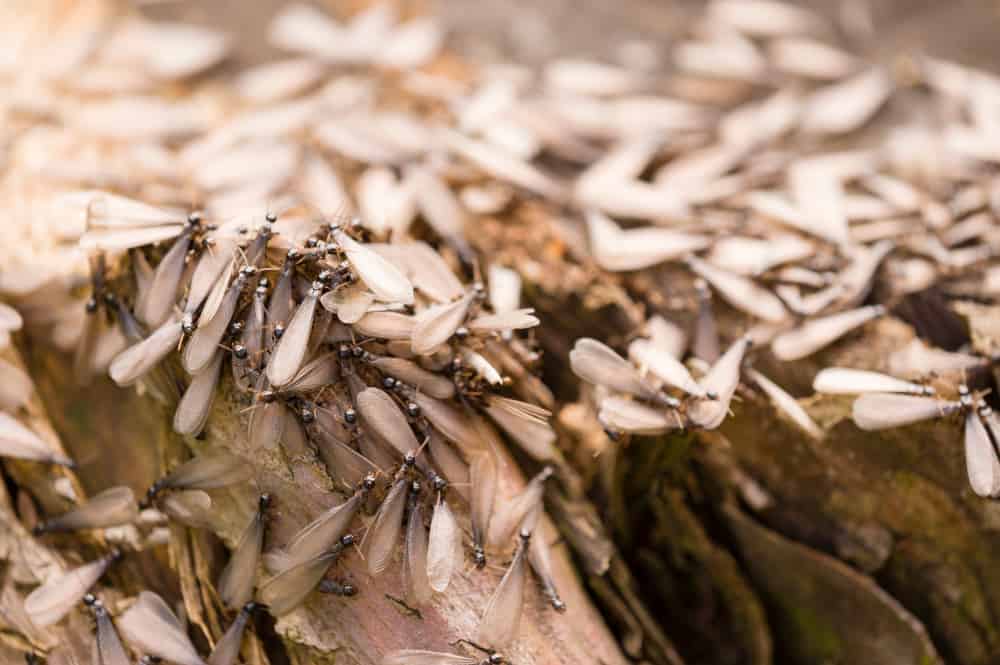 Termites and Your Home