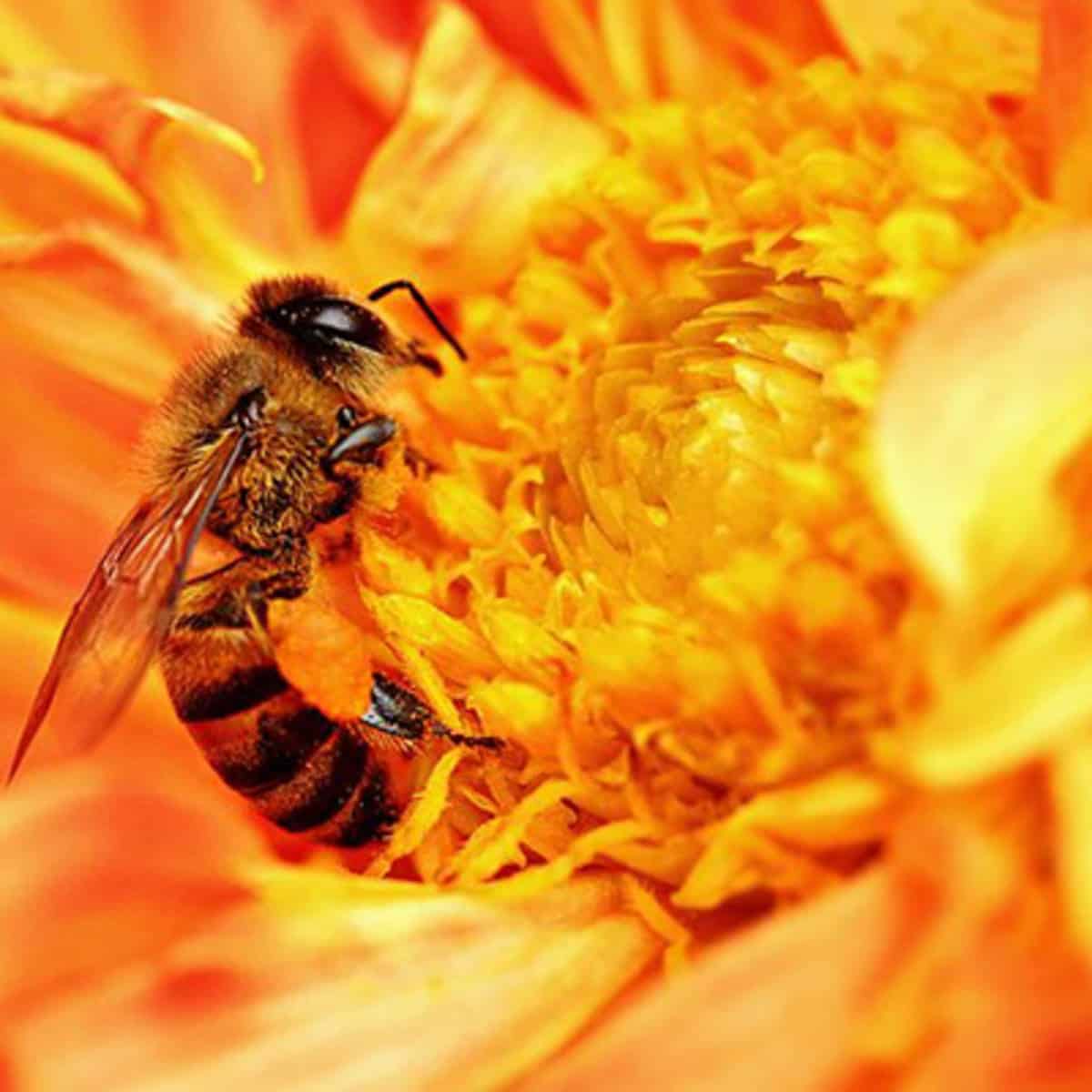 Many people fear bees and wasps with good reason. Stings are painful and often induce allergic reactions that can, in some rare cases, be very dangerous.  The act of stinging is a measure used by insects to protect themselves and hunt for prey.  Do bees and wasps die when they sting?  Honey bees leave their stinger in their victims, leaving vital organs behind.  Wasps and other bees do not and therefor survive the attack.

Honey bees, unlike wasps and other bees, have a barbed stinger, which remains in its victim.  When the honey bee flees, it leaves behind the stinger which is still attached to abdominal tissue, which it also looses.  After loosing this tissue, the bee will die.  Other wasps and bees do not do this.   Stinging is a defense mechanism in most bees.  For the honey bee, it is a suicide mission, but for other bees it is not.  In the honey bee, only female workers have barbed stingers.  Male drones don’t have stingers and the queen’s stinger is not barbed, allowing it to survive after stinging.

The most common honey bee found in Oklahoma is the European honey bee.  But, in recent years, the Africanized honey bee has found its way into Oklahoma and the rest of the United States.  This bee is almost identical to the European honey bee.  It dies after stinging, makes honey, collects pollen and protects its nest.  The difference lies in how aggressive it is when defending the nest.  Contact your Tulsa pest control company today for a free estimate.

Neither bee will sting when hunting for pollen and nectar.  But when the nest in endangered, this is when the behavior of the bee changes.  Over the centuries, Europeans have domesticated the honey bee, harvesting honey without endangering the hive.  In Africa, wild animals have often destroyed hives in an attempt to empty its contents.  This has caused the Africanized honey bee to be more aggressive and protective.  Originally, the two bees were interbred in an attempt to produce more honey.

Wasps come in two categories, social and solitary wasps.  Social wasps house many individuals in one nest.  Solitary wasps are single wasps that house themselves alone or with their young.  Both kinds of wasps do their best to not be around humans.  Both wasps will protect their hives with stings, but this is usually a last resort.  The main purpose of wasp stings is for hunting.

Young wasps need protein to develop into adults.  Adult wasps need carbohydrates to fuel their extensive child rearing responsibilities.  Therefor, the adult wasp will use its stinger to capture other insects for the young wasps to feed upon.  The larva will produce a sticky sugary substance that the adults will eat.  They will also feed on honeydew and nectar, if finding it is not too costly.  A good Oklahoma pest control company can help rid you of bee and wasp issues.

When a person is stung, the primary chemical that causes irritation is melittin.  This chemical causes a burning sensation and often an allergic reaction.  This reaction is the bodies protective response against the sting.  It will liberate fluid from the blood in an attempt to flush out the venom causing swelling.  Often the areas will itch, and if the skin is broken, cause infection or other side effects.

In a small percentage of the populations, the venom will interact with mast cells in the vital organs.  These mast cells will release histamines and other active substances causing fluid to leak out of the blood into organs.  The sudden loss of fluid can cause blood pressure to drop dangerously low, inducing anaphylactic shock.  This is extremely dangerous and be fatal.  If you or a loved one have been stung, and are possibly allergic to bee stings, it’s important to seek medical help immediately.

In some instances, people can be overcome by the shear amount of venom from stings.  This is a rare occurrence, and is usually when someone is incapacitated near a nest or hive.  This requires a huge number of stings.  It is estimated that 8.6 stings per pound is required to kill a human.  In most cases, the only people capable of dying in this manner are the very young or elderly.  Your Tulsa exterminator can help.

Renal insufficiency can be another life threatening situation caused by stings.  This situation is unique because it can happen days after the initial sting.  Proteins in the venom break down the cell walls, liberating their contents.  If this occurs often enough, the kidneys are over run and can’t keep up and the victim suffers kidney shut down.  In any situation that a person has received multiple stings, it is important that they seek medical guidance to make sure that they are not in any life threatening situations.

RIDDING YOUR HOME OF BEES AND WASPS

Bees and wasps can be very difficult to eliminate from your home.  It is important to have proper safety equipment when treating them.  This is why we recommend a professional Oklahoma exterminator to do the job safely and effectively.  Here at TermMax Pest Control, we specialize in safely and effectively eliminating pests such as bees, wasps and other insects from your home.  We service the Tulsa area such as Owasso, Claremore, Broken Arrow, Jenks, Bixby, Sand Springs, Coweta, Pratville, Glenpool, Sapulpa and more.  Contact us today for a free estimate.  We’re here to help! 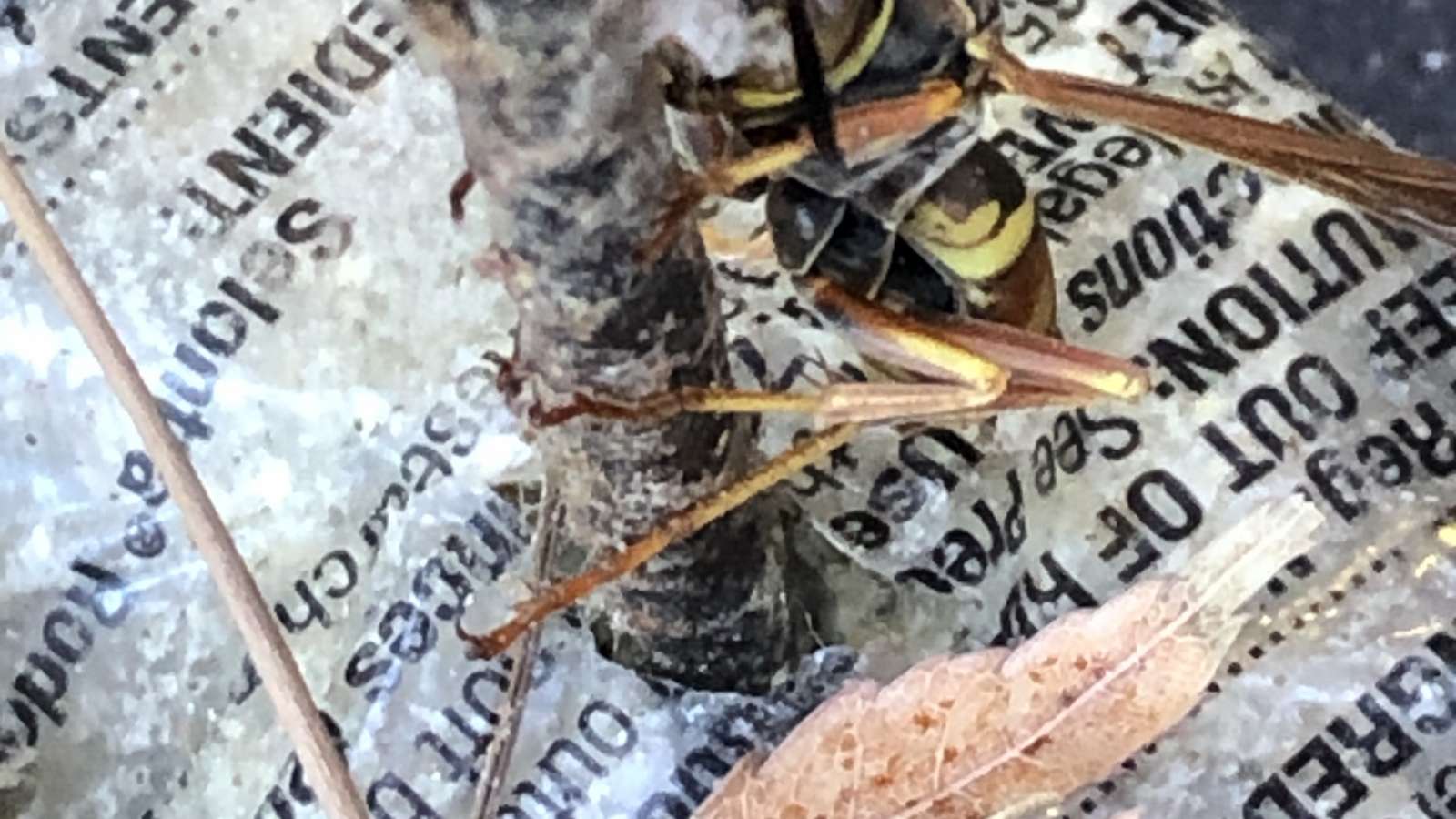 What do wasps eat? 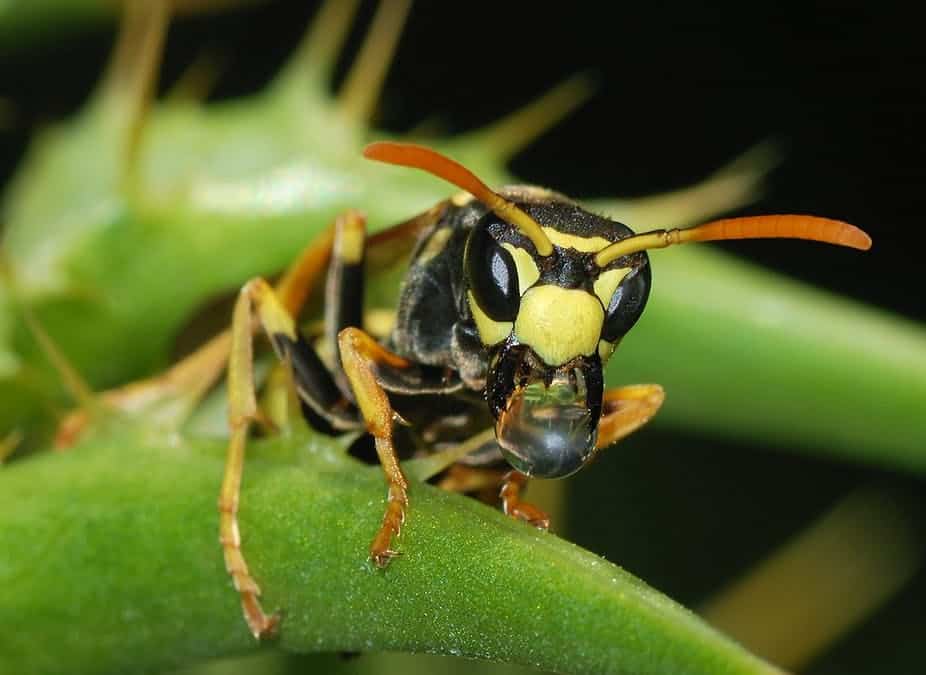 Why Wasps Are Good