Notice: is_feed was called incorrectly. Conditional query tags do not work before the query is run. Before then, they always return false. Please see Debugging in WordPress for more information. (This message was added in version 3.1.0.) in /home/www/termmax.net/wp-includes/functions.php on line 5663
 Will Bed Bugs Bite Dogs? - TermMax - Bed Bugs and Dogs 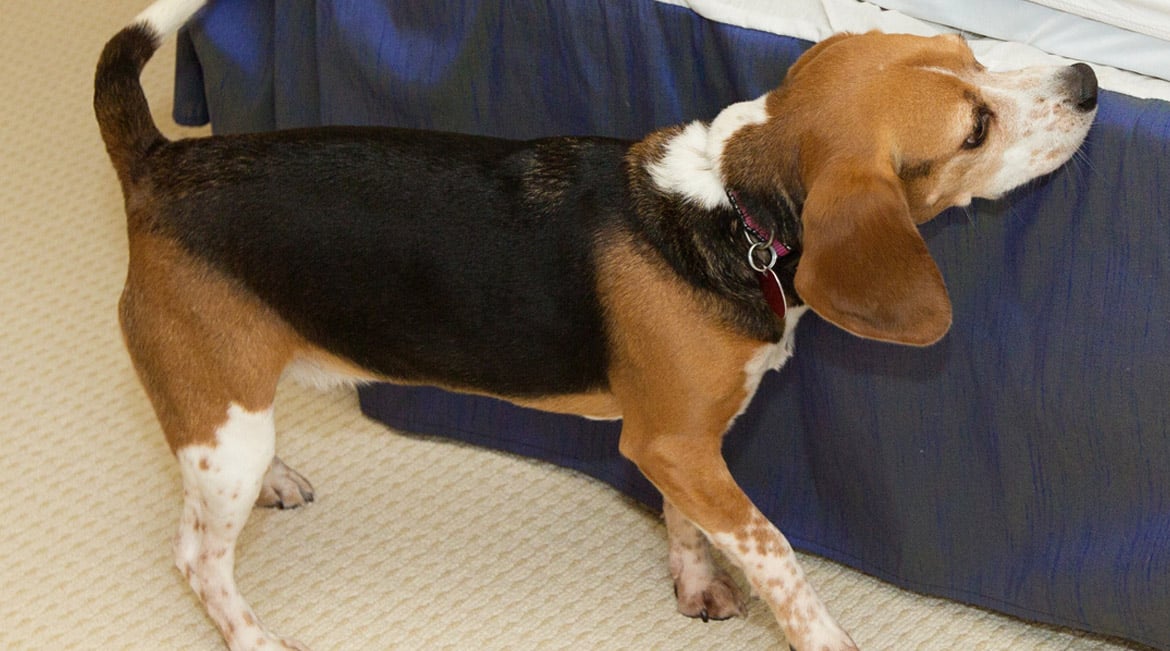 Our pets are constantly under attack.  There are many different kinds of bugs and pests that effect them.  Fleas, mites and ticks are all out in a dogs world looking to make a meal of him.  Now you can add to that list bed bugs.  These little critters are known for their pension to make a meal of us during our sleep, but will bed bugs bite dogs?  The Bed Bug’s main source of food is human blood.  But if they are separated from their primary food source, they will feed on any warm blooded animal to survive.

Blood is the only thing that these insects can eat.  They have specifically adapted to be an exclusively human parasite.  Bed bugs cannot move through their lifecycle without feeding.  They will molt five times, and each time they must take a human blood meal first.  Before an adult female can lay eggs, she also must take a human blood meal.  But if they find themselves without food, they can go into a dormant state in which they can survive as long as a year without eating.  When a hapless dog, cat or other warm blooded animal crosses their path, they can extend this time by feeding on your pet.

Bed bugs do not dwell on dogs and cats like fleas do.  Their legs are not built for holding on to fur.  Bed bugs in hair just don’t exist.  Even though dogs can be bitten by bed bugs, they are not helpless.  Their great equalizer is their nose.  Dogs and cats have a much better sense of smell than we humans do.  Bed bugs, like most insects, use pheromones, or hormones transmitted by smell, to communicate to one another things such as reproductive cues and places to gather.  Dogs readily smell this.

Dogs are so good at smelling pheromones, they are many times used to detect infestations.  In heavy infestations, the pheromones can be so thick that even we as humans can smell them.  This smell is often described as a musty, sweet smell.  Because dogs can smell much smaller infestations, some pest control companies use dogs to sniff them out.  Studies have shown that this has mixed results.  This is because dogs can get tired, become confused by different bugs, and are sometimes encouraged to find a particular result.

WHERE DO THEY COME FROM?

These insects are called bed bugs, because of their habit of biting us in the night in our beds.  They do this because they can sense us by the carbon dioxide that we emit.  When we are asleep, we are less aware of our surroundings, and not moving as much, giving them the opportunity to strike.

We know that bed bugs have been preying upon us since the days of ancient Rome, Egypt and beyond.  The working theory is that these insects are descendants of their cousins, bat bugs.  Bat bugs are almost identical to bed bugs, but feed exclusively on bats.  When we were cavemen, living in caves with bats, it is believed that some of the bat bugs descended down upon us as we slept.  They evidently thought that we were tasty, because they adapted and have been plaguing us ever since.

Bed bugs are masters of hiding.  This can make finding early infestations difficult.  Once they find a good place to stay, such as our beds, they will begin reproducing rapidly, creating a large infestation in a matter of weeks to months.  So, finding these insects and their egg sacks can be easier when the infestation is more severe.  The smell of bed bug pheromone can also tip you off in a larger infestation.

If you are not seeing the bed bugs themselves, you can often find the evidence of them.  Pull the sheets back and remove pillow covers and inspect.  When bed bugs feed, often a small drop of blood will drop on the mattress, and they will deficate. These actions will leave small red and black spots that can be a dead give away.  Bed bugs love to hide along seams and under mattresses, so inspect thoroughly.  If you believe that you have a problem with bed bugs, don’t hesitate to contact your Tulsa pest control company right away.

When it comes to your pets, fleas and ticks can spread all kinds of diseases.  The good news is that bed bugs do not spread disease.  There is currently no diseases that we know of that are passed from a bed bug.  We also have no clinical evidence of a disease ever being passed from a bed bug to a human.  While this is good news, it may not help you sleep better if you believe that you are having a problem with these little critters.  The biggest health risk that they produce is the mental stress of having them.  After all, they prey upon us as we sleep.  The idea that an insect shares their bed with them as they sleep can be crippling.  Don’t wait any longer.  Call your Tulsa exterminator today.

So how do bed bugs feed off of us without passing along any diseases?  It all comes down to how they feed on us.  These insects are equipped with special mouth parts that are designed to pierce the skin and suck blood from our bodies.  They do inject a small amount of saliva to numb the area, hiding their attack.  But as they remove their mouth parts after they are done feeding they don’t stop sucking until their mouth parts are completely removed.  This is what causes the red spots on your mattress when they feed.  It also limits the amount of back wash.  (Yuck!)

HOW TO GET RID OF BED BUGS

In recent years, bed bugs have become a plague.  Their numbers are rising as are the number of infestations.  As demand rises for a solution, many useless over the counter solutions exist.  Bed bugs have an uncanny ability to adapt to pesticides which makes these options pretty much useless.  If you believe that you have a bed bug problem, it’s time to call your local Oklahoma pest control company.  Here at TermMax Pest Control, we specialize in all types of pest control, including bed bugs.  We service the greater Tulsa area including Broken Arrow, Owasso, Turley, Sand Springs, Collinsville, Claremore, Sapulpa, Catoosa, Jenks, Pratville, Sperry, Bixby and much more.  Call today for a free estimate!  We’re here to help! 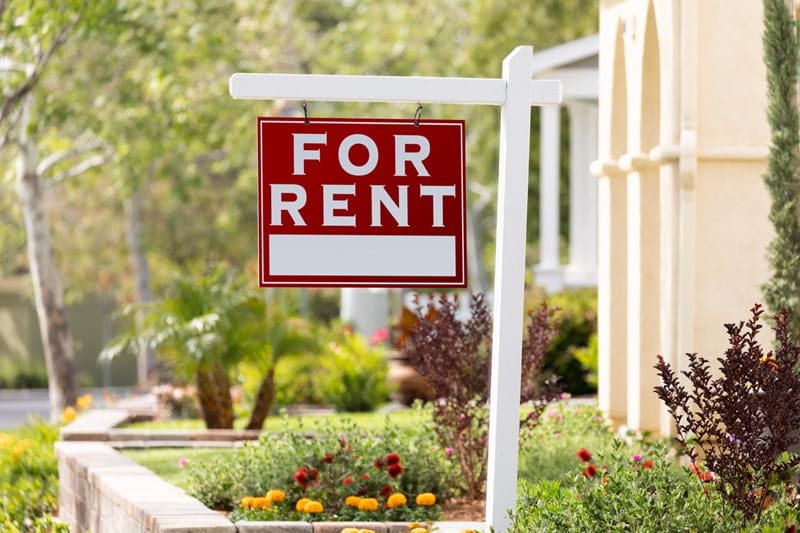 Bed bugs and Your Rental Property

Why Do BedBugs Bite In A Line?