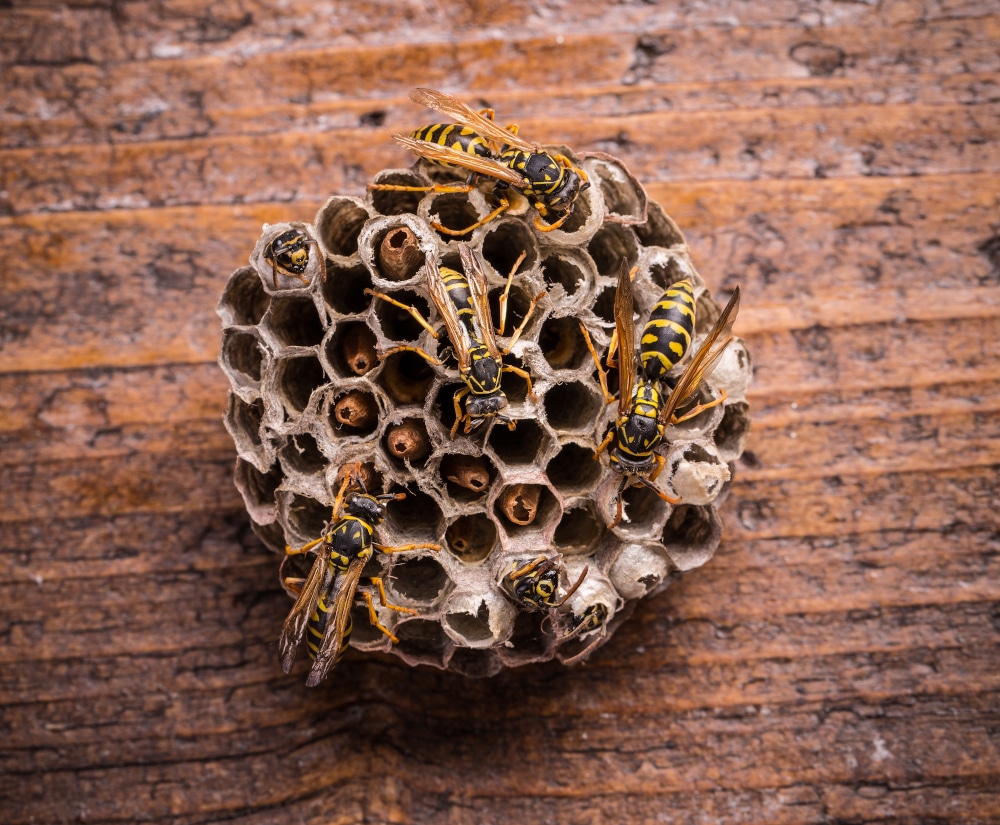 Most people have been stung by a bee or wasp at some point in their lives.  And most have lived to tell the tale.  The number of people who die from bee stings is about one or two in 1,000.  Even though it is rare, its informative to know how bee stings cause death.  Some people have an allergic reaction to the venom in the sting, causing anaphylactic shock, and then death.

The bee sting is a defense mechanism.  The stinger itself is a modified ovipositor, or egg laying organ.  Honey bees have a barbed stinger that will pull the stinger out of the bees body once it stings, killing it.  But wasps and hornets do not have a barbed stinger, so they can sting multiple times if needed.  The venom is painful, but unless there is an allergy to it, it would take a lot of venom to kill someone.  A healthy adult with no allergy would require over 1,000 stings before death could occur.

The venom that is injected into someone is very painful.  This is caused by a chemical called melittin.  This chemical stimulates nerve endings causing excessive pain.  It initially causes a sharp pain that lasts a few minutes, and then becomes a dull ache that can last a few days.  In response, the body will send a rush of fluids to flush the venom out of the body.  This results in a swollen redness that usually itches.

It’s important to try to not itch the skin, as breaking the skin could cause an infection.  Also, removing the stinger should occur as quickly as possible.  The stinger continues to inject venom in for about 45 to 60 seconds after being stung.  The manner of removal isn’t as important as stopping the further injection of the venom.  This can reduce the severity of the sting considerably.

The allergic reaction against bee stings that can be fatal is rare.  If caught in time, it can be treated quite effectively as well.  What happens is that components of the venom combine with the antibodies and cause the immune system to produce histamines.  These histamines cause the circulatory system to leak blood into bodily organs, causing a severe drop in blood pressure.  Its this drop in blood pressure that is so dangerous.

When a version of adrenaline is administered to the person in anaphylaxis, the process is reversed.  But new processes are being discovered all the time.  Desensitization is a method of introducing a very small amount of venom to the persons system, multiple times.  Each time the dosage is increased over time, creating an immunity by increasing the antibodies that attack the venom.

In some cases, a person will find  themselves in a situation where they can’t get away from the bees, and they succumb to a large number of bee stings.  The africanized honey bee has been sensationalized for this reason.  It’s sting is just as venomous as its European counterpart, but the bee itself is much more aggressive.  Again, if the person can get away, they will usually only have the pain of the stings.  Its when they are trapped somewhere where the bees have them pinned that becomes dangerous.

Renal insufficiency could cause the death of a person days after they are stung.  This again is caused by multiple stings.  The venom in the bee sting acts as an enzyme that attacks the walls of cells.  The cells fall apart, releasing the insides of the cell.  The body will filter out this debris using the kidneys, but if too much debris builds up, kidney failure could occur.  Its important that if you’ve been stung multiple times, to be monitored by a doctor for a week or two after the incident to make sure this doesn’t happen. This is also very rare, because multiple stings are rare.

It is interesting to understand how bee stings cause death.  If you are having an issue with bees in your home or business, and are located in the Tulsa or Broken Arrow area, feel free to Contact Us.  Our exterminators here at TermMax Pest Control are the best in the area!

Do Bees And Wasps Die When They Sting?

Will Bees Attack At Night?