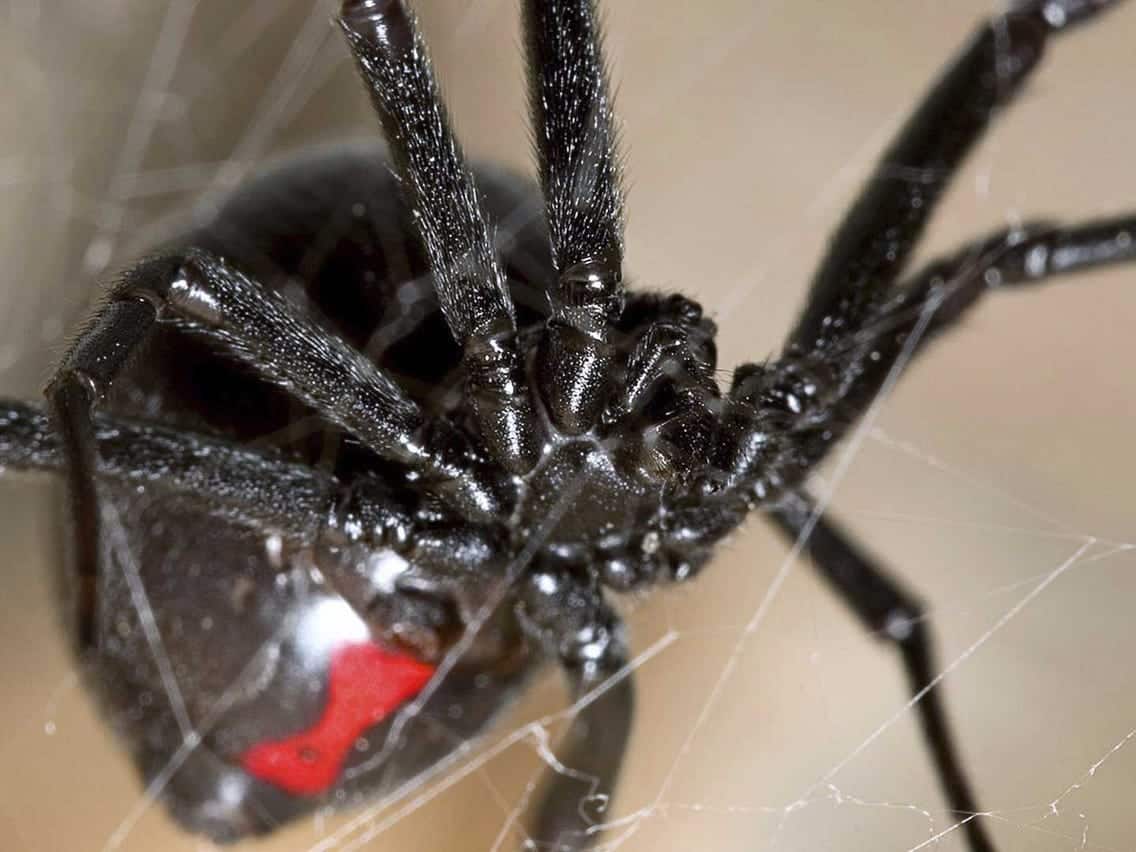 From super heroes to infamous backyard spiders, the black widow is one of the most well known in all of entomology.  The red hour glass shape is universally known as a sign of danger and poison.  But how poisonous is a black widow spider?  Even though death from a black widow bite is rare, they are still considered the most venomous spider in North America.  Their venom is fifteen times more toxic than a rattlesnake’s venom.

The female black widow is the dangerous one.  She is much larger than her male counterpart, and has fangs large enough to bite a human.  The smooth black exterior, enlarged abdomen, and red to orange hour glass shape on her abdomen give the female black widow away.  She is one of the few spiders that hang under her web, displaying her underside including her hour glass.

IF THEY ARE SO POISONOUS, WHY DON’T PEOPLE DIE WHEN BITTEN?

Black widow spiders have the unique ability to choose how much venom, or even if they inject when biting something.  In order to conserve energy, they reserve their famous venom for life threatening situations.  Usually, the only reason they bite humans, is if we invade their space unknowingly.  They will send a “warning shot” to let you know that you’re in the wrong place!

If they do inject venom, the bite will feel like a needle prick.  You probably will see two bite marks where she plunged her fangs.  From there, you will experience nausea, labored breathing, tremors, profuse perspiration and fever.  The pain will last about eight to twelve hours, but the symptoms can last several days.  Seek medical attention immediately.

SO WHAT DO THEY USE THEIR VENOM FOR?

Venom is expensive to produce by these spiders, so they will save it.  But for what?  Their next meal.  These spiders use their webs to catch flies, mosquitos, grasshoppers or beetles to feed upon.  When they land on the web, they administer the venom and wrap the bug up for later consumption.  They also administer digestive enzymes to break down the corpses.

Another use for their venom is part of their mating ritual.  Famously, after they mate, they kill and eat the males, hence the name black widow.  These spiders live solitary lives year round except during the mating ritual.  They don’t kill the males every time, sometimes the males survive.

Females emit a powerful pheromone on her web.  When the male senses it, he will get on the web and do a mating dance.  This dance is designed to send a series of vibrations through the web, identifying that he is not a meal, but a possible mate.  He will get close and tap her body.  If all goes well, he will mate with her.  After mating, he will flee lest she eat him.

The males use a couple of strategies when mating.  Some males will find juvenile females and mate with them.  These females will not eat him, and give him a chance to mate a second time.  This is tricky, because she must be in a very short window where she is developed enough yet not sexually active.  Some males attempt to flee when mating mature females.  Sometimes she will let this happen, and sometimes she will not.  And other times he will sacrifice himself and throw himself on her fangs.  He does this because it gives him the ability to deliver more sperm and guarantee that she not mate with another male.  But this will cost him his life.

How poisonous is a black widow spider?  Very.  Fifteen times more poisonous than a rattlesnake.  If you are in need of an exterminator, Contact Us.  We here at TermMax Pest Control are always ready to help! 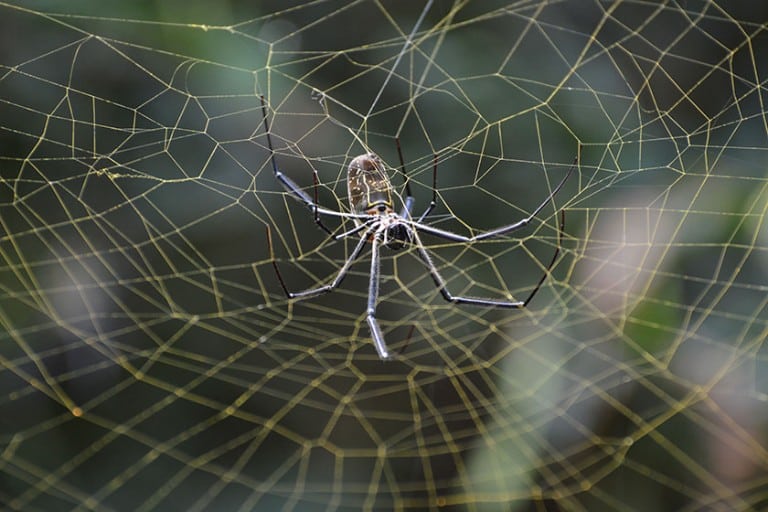 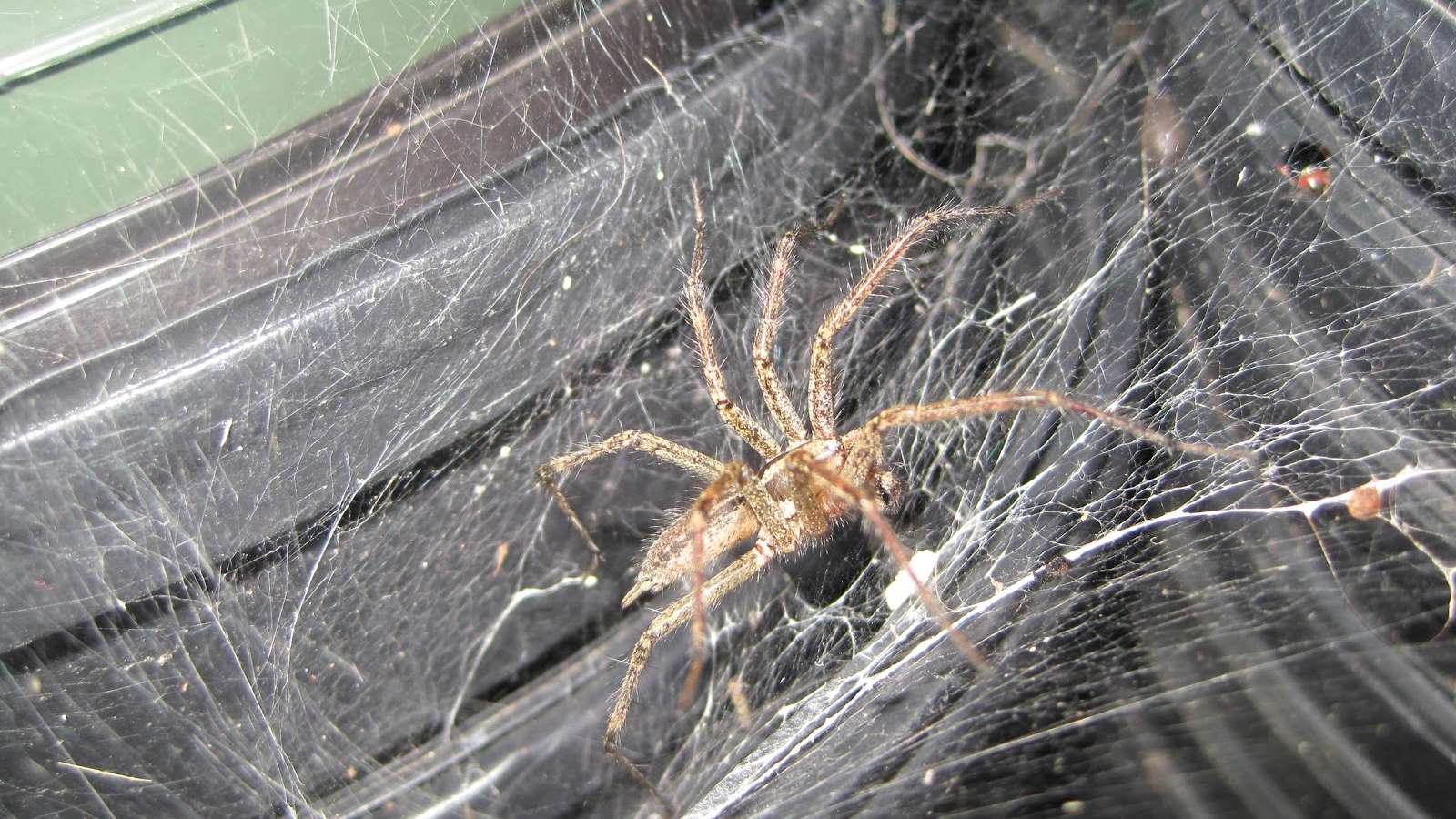