Every year this time, in late spring, as a pest control company, we get many calls about insects swarming. Some of those swarmers are found inside homes and some of them are out in the yard. These insects gather up into large swarms, looking to pair up. They are the worst insects that a homeowner could possibly have around their home. These insects are termites. Termites are wood consuming insects that attack our homes and businesses causing structural damage. We need to talk about termites, their lifecycle and how to deal with them if you find them in or around your home.

Termites are a eusocial insect. This means that they live in a colony and separate their workforce into castes. At the bottom of those castes are the worker termites. These termites are the most numerous of all the castes. They do all the work of the colony. They feed the young, the soldiers and the queen, they forage for food, they take out the trash, and they do anything that is necessary to keep the colony running smoothly.

The next in line are the soldiers. These termites are easily identified by their large heads and gaping jaws. Soldier termites are the security for the colony. They protect the colony and go to action anytime a predator or other insect attacks their colony. When this happens they are on a suicide mission and charge straight into the fray. Their large head gives them a lot of muscle power with their jaws and also the ability to block off the entrance to the colony. As they fight off their attackers, workers will close the galleries behind them to protect the colony. Once this happens, the soldiers are over run and carried off by the predators.

Lastly, we have the reproductive‘s. These are where your swarmers come from. The most important reproductive is the queen. She lays all the eggs in the colony. That’s her only job and she does it very well. Queens usually live for many years sometimes as many as 10 to 20 years. The other reproductive’s are males and females that become swarmers. The swarmers are winged termites that will leave the colony at the end of spring to find a swarm. The swarm is full of reproductives from nearby colonies. Call a Broken Arrow exterminator for more information.

The males and females will pair up and then go find a place to create a new colony. These reproductives will pair up and mate in mid air and then land somewhere and lose their wings. They will dig into the ground and create a royal chamber. Here the new queen will begin to lay eggs. The king will tend to these eggs and try to find food until these eggs hatch and grow to full grown termites. At this point the king will die, and the new worker termites will take over where he left off.

Termites are very fragile. In Oklahoma we have the eastern subterranean termite. These termites must stay underground. They dry out very easily and therefore must stay in damp air found underground. In order to forage above ground for the food that they need, they will build mud tubes that carry the damp air from underground up the sides of trees and buildings. These mud tubes are a telltale sign of a termite issue in your home. Termites forage for food by traveling through the top six inches of the soil. Your Broken Arrow exterminator can help.

An average colony has millions of individuals in it.  So they use their numbers to spread out throughout the ground finding food sources. Once they find food, they will leave a pheromone trail so that other workers can find this food. Pheromones are hormones that can be sensed much like we use our sense of smell. If a colony of termites find your home and begin to use it for a food source, there will be a pheromone trail to your home. Even if you eliminate these termites, the pheromone trail will remain. That means that your home will be forever susceptible to termite attack. Another colony can pick up this trail and go right back to your home to use it as a food source. That’s why it’s important to protect your home at all times from termite attack especially once it’s been attack the first time.

There are two main ways that pest control companies deal with termites. The first is through liquid treatments. This process includes using a trench built all the way around the house and drilling through any concrete in order to create a barrier around the house in the top six inches of the soil. This barrier can protect your home for anywhere from 5 to 10 years. This kind of treatment has been used for a long time and is very effective against termite colonies. The termiticide used in these treatments is a non-repellent type that does not kill the insects immediately. It is meant to be picked up by the termites and carried back to the colony then spread amongst the other workers and larva in the colony. This kills the entire colony instead of just the ones that are going to your home. Call a professional Tulsa exterminator today.

Because a colony is so numerous in population, this is the best method to eliminate the colony. The second method of dealing with termites is to use bait stations. The stations have a bait in them that is buried in the top eighteen inches of the soil. The termites find the bait in it and take it back to their colony, feeding it to their young. This also eliminates the entire colony.

If you’re having issues with termites or any other pests, it’s time to call and your Broken Arrow pest control company. TermMax Pest Control is the best company to deal with termites or any other issues you may be having. We service the greater Tulsa area including Broken Arrow, Catoosa, Claremore, Coweta, Turley, Owasso, Sapulpa, Sand Springs, Prattville, Bixby, Jenks and much more. We’re here to help. Call today for a free estimate. 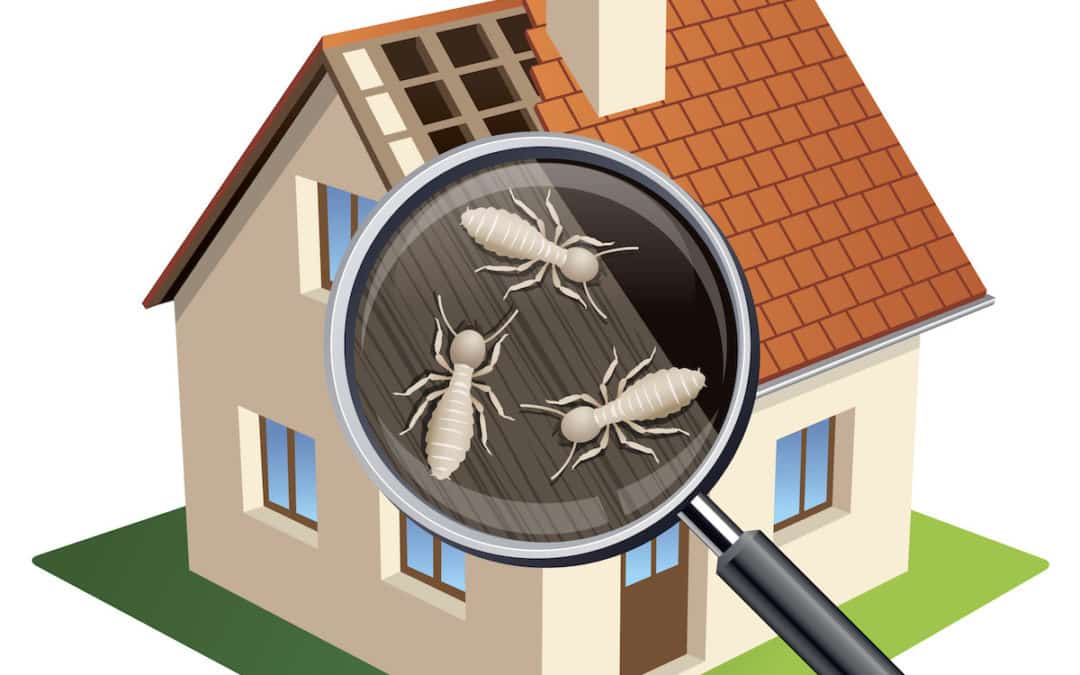 What Termite Inspectors Look For